There's No Place to Hide!

Details
Written by Will from Holland
Category: Modules 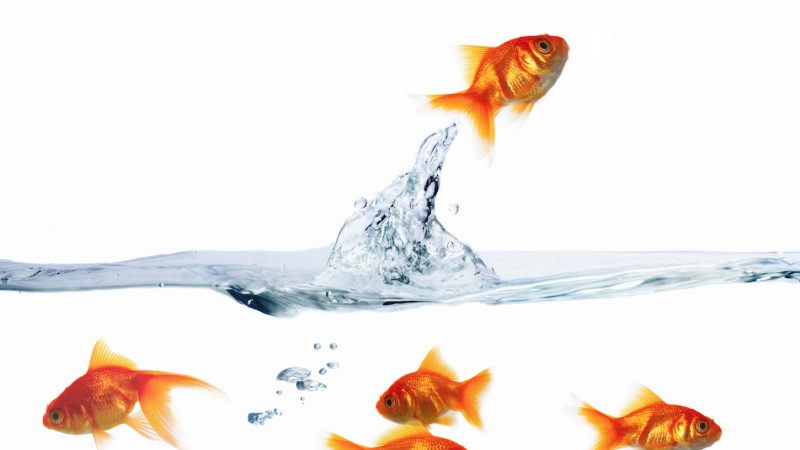 Reprinted from BankRate.com with permission.

Sure, you're behind on some bills, but nobody deserves to be treated like this...

Badgering phone calls and threats, insults and outright lies—these are just a few of the unfair and illegal tactics that some debt collectors unleash on consumers. These rogue collectors don't represent the entire industry, but they are not uncommon.

"It's just threats and intimidation, but you keep it vague," says Michael Flannagan, a former debt-collection supervisor in Tacoma, Wash. "A lot of things bill collectors do are downright dirty and illegal."

Third-party collectors, agencies hired by creditors to collect unpaid bills, are some of the most abusive.

Just ask Angela M., a mother of two, in Denton, Texas. She fell behind on four credit card bills in late 2001.

"When it went to the collection agencies, it turned really personal," Angela says.

Not only is this kind of harassment rude and uncalled for, it's illegal.

Angela's roughly $40,000 in overdue debt stems from a small business. She opened a children's boutique in 1998.

One debt collector accused her of running up her credit card balances with no intention of paying.

One collector told her to sell her house. Another threatened her home. One debt collector scolded her for taking her children to Chuck E. Cheese for pizza. Another collector told Angela, who is expecting another child, that she had no business being pregnant.

The calls were constant and the insults seemed endless.

"They were calling all the time and I told them I couldn't pay and they would just keep calling," Angela says.

"I was terrified. I thought I was going to end up in debtor's prison or at least lose my home."

Intimidation usually works. And that's exactly how a debt collector wants you to feel. They figure if they harass you enough, you'll pay up.

"The collection industry is sometimes so motivated to collect that they'll do anything and I mean anything to accomplish that," says Peter Barry, a consumer rights trial lawyer in St. Paul, Minn.

"You're just an account number they need to get money out of," says Mary Fons, a consumer protection attorney in Stoughton, Wisc.

Is It Your Bill?

It may not even matter that it's not your bill.

"Many times the abuse continues anyway, even though it's not that person's bill," Fons says. "They just expect people are lying to them and that's how they treat people."

Not only is this kind of harassment rude and uncalled for, it's illegal.

The Fair Debt Collection Practices Act was passed in 1977 to protect consumers from abusive debt collectors. There's a whole list of rules third-party debt collectors must follow when collecting a debt.

All those brutal insults and threats aren't supposed to happen. But unfortunately for consumers, some debt collectors violate the law on a regular basis.

"They threaten to get the police involved as if not paying a civil debt is a criminal matter," Fons says.

A dirty debt collector will call you at all hours of the day. They'll threaten to tell an employer or spouse or relative about your debt. They'll call you at work after you told them not to contact you while you're working.

"Even if they told you not to call them at work, how do you prove they told you?" Flannagan says. "You bend the rules when they can't prove it."

They'll call your employer several times in a single day to frustrate and embarrass you.

"I had one case where they placed 16 phone calls in 10 minutes to a lady at work," says Jerry Jarzombek, a consumer attorney in Fort Worth, Texas.

"It's just rampant profiteering," says Rob Treinen, a consumer attorney in Albuquerque, N.M. "They tried to collect a lot more than allowed by law, more than 10 times the amount."

Why do some debt collectors violate the Fair Debt Collections Practices Act so often? Because they know they can get away with it.

"The odds are very small that you're going to get caught," Flannagan says.

Few consumers are aware of their rights, so they take whatever abuse a debt collector decides to dish out.

And many consumers feel so stressed out and demoralized that they keep right on taking the abuse.

"They think 'I didn't pay my bills so I deserve to be treated this awful way,' '' Fons says. "They don't know they can get help."

What about the law...? They don't know the law is on their side and they can fight back.

If you can't take it anymore, you can stop a debt collector from contacting you by writing a letter to the collector and telling them to stop.

Will firing off a letter to debt collector that tells them to stop contacting you actually work? Will the threatening phone calls stop just like that?

Keep in mind that sending a letter to a collector will not make a debt go away if you owe the money. The debt collector or your original creditor may still sue you.

The Right to Dispute a Debt

Under the law, a debt collector must send you written notice telling you the amount of money you owe and the name of the creditor. If within 30 days of receiving this notice you send a debt collector a letter stating you do not owe the money, the debt collector may not contact you.

A collector may only renew collection activities if proof of the debt, such as a copy of a bill, is sent to you.

The Right to Sue

If a debt collector has violated the law, you have the right to sue a collector in a state or federal court within one year from the date the law was violated. If you win, you may recover money for the damages you suffered plus an additional amount up to $1,000. Court costs and attorney's fees also may be recovered. A group of people may sue a debt collector and recover money for damages up to $500,000 or 1 percent of the collector's net worth, whichever is less.

After contacting an attorney and learning about her rights, Angela M. started taping calls from debt collectors.

There are many ways to fight back against debt collectors, but whatever strategy you choose, it's important to get proof of any harassment.

"I tell people all the time, 'If you can't prove it, it didn't happen,'" Jarzombek says. "That's my line of lines."

If a debt collector is breaking the law and harassing you, you'll need evidence.

"Just having that recorder on will keep a bill collector on the up and up," Flannagan says.

After contacting an attorney and learning about her rights, Angela M. started taping calls from debt collectors. She won't even talk to a debt collector if her tape recorder isn't going.

"Nine times out of 10 they say things they shouldn't," Angela says.

"If you don't have it taped, it's just your word against theirs."

Even with the aid of a tape recorder, going toe-to-toe with a debt collector is no easy task. These folks are experts at intimidation.

"It can be exhausting at first. It can be stressful when talking to people who are so mean and so brutal," Angela says.

"After awhile you feel like a crusader. You're out there and you' re not letting people get away with harassment."

She encourages other folks who are feeling harassed by debt collectors to fight back. "Stand up to them," Angela says.

"Look at it as you're standing up for the little people."

Are You a Prey for Credit Repair Scams?

How Credible Are Marketers' Claims?

Put this Holiday Scam on Ice

Yearning to Increase Your Credit Score?

What Is Prebunking, and Why Should You Care?

Surprise! You Have a New Sibling

"The FoolProof Foundation believes there is a fundamental flaw in the teaching of financial literacy."

About the FoolProof Foundation

Where Your Money Goes

How we have put your donated funds to work.